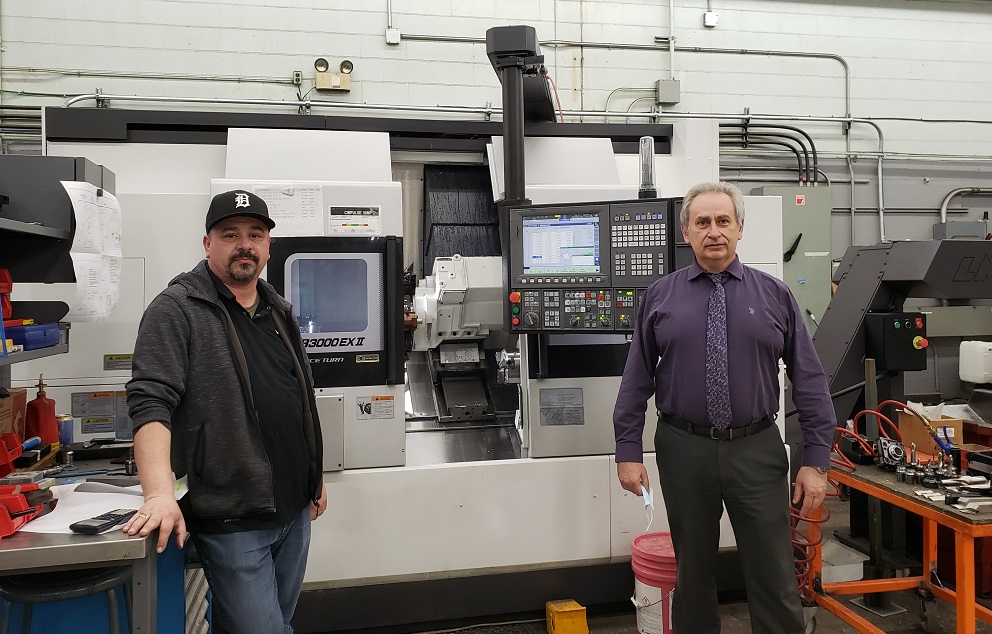 “We really wanted something that could do multitasking operations and cover a large range of families of our products. That’s why we chose the Okuma machine. It includes a double spindle so we do not have to use a bar feeder. That eliminates the need for the additional floor space and time of working and maintaining a bar feeder. There are so many different and new features of the machine that we are still learning how to best take advantage of them even today.” – KELK

By Canadian Metalworking Technology Kelk has become globally recognized as a leader in electronic measuring equipment for steel and aluminum rolling mills, paper mills, and mining applications. The company was founded in 1953 by George Kelk, an engineer by education who previously was involved in the aerospace industry. Instead of remaining in this field, he decided to use the knowledge he acquired in strain gauge technology to develop sensors for the steel mill rolling industry.

Kelk has grown over the years, developing many sensors, but has remained focused on custom and high-precision production of load cells and other specialized opto-electromechanical equipment and components. In 2013 Kelk Corp. was acquired by Vishay Precision Group (VPG) and became Vishay Precision Group Canada.

In 2019 the shop was searching for a new machine, specifically one that was precise and could increase productivity. Both Georgiev and Glamcevski were looking for a CNC machine to produce one of the company’s family of products, while they were still outsourcing other parts, with the hope that the machine could be used to bring some of these families in-house.
They also wanted a machine that could limit setup time. The shop currently runs only one shift per day, approximately 39 hours per week. Setup time can make all the difference in how many parts the shop can produce. A two-hour setup time can be costly, especially if the shop is working on 10 different products during the week. With over 25 different part designs needing to be produced each month, this downtime adds up.

“We really wanted something that would eliminate having a part sitting around waiting for setup on a machine and the machines sitting idle in the process,” said Glamcevski. “If we could reduce setup time or have to set the part up only once on one machine, it becomes more valuable to us.”

The shop was previously working with an older lathe that was still operating well but was limited on what parts could be produced on it. In summer 2019 the shop purchased an Okuma LB3000 EX II-MYW horizontal lathe from EMEC Machine Tools, Mississauga, Ont.